ANN ARBOR– Despite the 2-6 loss to Depot Town Saturday, Ruination teammates– particularly the younger players– gained from the benefit of hard-fought wisdom from defenseman Mark Woods, albeit on most other things unrelated to hockey. 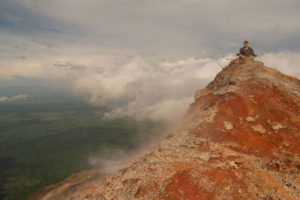 “Remember, women are most attracted to a man when he is doing the thing he does best,” said Woods upon being asked how best to woo the fairer sex.

“But what if the best thing you do is play X-box?” asked rookie Noam N. Particular.

“Either she will find you, or else it is time to expand one’s expertise,” said Woods with a wistful expression, perhaps thinking of wasted days playing Sega Genesis.

Woods initially declined to discuss more, noting that much in life is to be experienced rather than stated. But he did mention the need to “invest in what matters most,” which included family (particularly a spouse and children), education, and “silver or gold dollars just in case of Armageddon.”

Added Woods: “Also, don’t take the advice about dancing like no one is watching. Someone is always watching. Trust me on that one.”

Though most declined to comment, the word “whatever” seemed to be prevalent in the din as players made their way out of the locker room.