ANN ARBOR– To prove the point, self-help guru Bruce Connor joined the struggling Ashley’s Aventinus team to put his program to the test. Following the recent publication of his 30th self-help book, this one focusing on hockey strategy and self-esteem, titled “Skate Cause You’re Great!” Connor has acted as a life coach to the team. 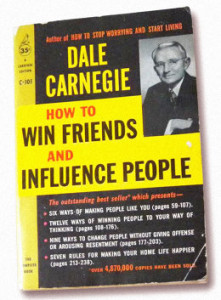 Defenseman Mark Woods, who has admitted to bouts of defensiveness and mood swings ranging from low to high sticking, admitted that having Connor on the team has helped keep spirits up. “His book has really helped me to achieve more in ten years of hockey than most kids learn in a month of practicing fundamentals,” he stated.

The book has proven to be a runaway success among hockey enthusiasts. Some of his more memorable quotes include: “When refs are making bad calls, puck the fo-leece,” “stick-handling like that ought to be done in private,” and “stop wine-ing when there isn’t beer.”

Tom Colis, who scored the lone goal for Aventinus, claimed his self-esteem was not affected by the game. He intimated that scoring a goal certainly helped.