ANN ARBOR– The University of Michigan made headlines over the weekend when theoretical physicist David Winn reported new findings regarding the origin of a scheduling phenomenon known in scientific circles as “time zero,” or in lay men’s terms “getting hosed with late night games.” 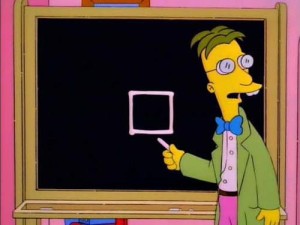 The article, which appears in this week’s Scientific Canadian, states that he “wrote a Python routine to sift through the schedule and find out what fraction of the games are later than a certain time (I picked 10:50 as my threshold)” and in “Sunday nights D2 league 22 out of the 55 games start after 10:50pm.” Winn further notes that “Aventinus has 4 out of 10, for exactly the league average.”

The findings, are nothing short of incredible, according to the scientific community. “This is further evidence of a First Scheduler, who is fully aware of the league he has scheduled,” said British particle physicist and Emeritus Professor of Physics at the University of Glasgow Peter Bussey.

“‘He’ may be trying to put the D1 games earlier than the C games,” Winn said in a recent interview, explaining the anomalies found in the data.

When asked if the findings are consistent with a “First Scheduler,” sometimes known affectionately as “Abe,” Winn simply smiled and said, “I’m still trying to sort through my reaction to this.” While he would neither confirm nor deny His existence, Winn did say “He (Abe) just needs to give us more early slots.”