ANN ARBOR–Fans of Ashley’s Hockey, Michigan’s top-rated hockey-related drama, were shocked to discover Shawn Lopez (who plays “Slopes” on the show) will be leaving this week. “It was tough writing him out of the show so quickly,” admitted head writer Dallas Falconcrest. “But Shawn got an incredible offer, and we wish him well.” 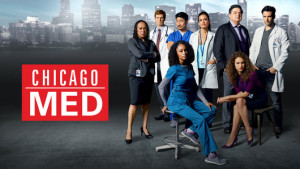 Prime-time dramas are often noted for their incredible plot twists and sudden turns, and this one will prove no different. Following Tuesday night’s Hopslam game with the Ice-o-topes, Slopes’ long-lost father Diego returns. An emotional Slopes discovers that his father had been trapped in a Guatemalan prison, forced to play left wing in the sweltering hot ice rinks of South America for the last five years.

Diego will then offer Slopes the opportunity to join him as he continues the hunt for the man simply known as the “Winowiki,” a heartless, reclusive crime boss who controls the goal-tending industry, the man who allegedly ruined Diego’s budding hockey career.

“Admittedly, it will appear quite abrupt,” said Falconcrest. “But, Shawn received an offer from NBC’s new show Chicago Med, where he will play a quirky medical technician who is fluent in reading DNA code, but not so lucky reading people’s emotions.”