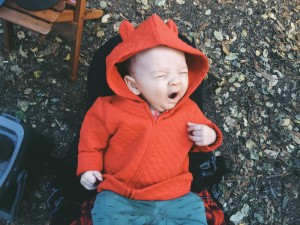 ANN ARBOR– Ashley’s Aventinus beat Barracuda 5-1 Wednesday night to push its playoff record to 4-0, earning them a spot in the finals next Wednesday, prompting teammates to celebrate late into the night with beers held with slumped shoulders and tired smiles.

“It’s quite a feeling,” sighed defenseman Mark Woods (assist). “We haven’t felt like this since last game… or after raking those leaves for two and half hours.”

Woods punctuated his ebullience by leaning back onto the wall while sitting on the dressing room bench for 15 minutes before getting dressed.

Several other players sat quietly for joy, including John Hwang (goal, assist) and Tom Colis (goal, assist). The party began to get rowdy and out of control when Kurt Christie (2 goals) stood up, stretched, and proceeded to the showers.

Several players noted that they would try to contain themselves a little more next game, but could not make any promises. “When you get this excited, it’s all you can do not to yawn and go home to bed at 2 am,” said one of the players confidentially. “I’m sorry if that’s just a little too wild for some folks.”

Aventinus faces Yeti Sunday in the final game of the round robin.