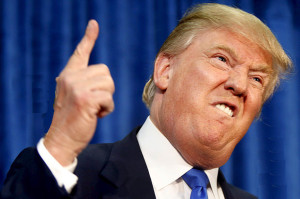 ANN ARBOR– Much speculation surrounding the 2016 election for the A2 Ice Cube League Director was answered Thursday when Donald Trump announced his plans to run against incumbent Abe Colwell in November. “This league needs a change, and the Donald is the one to do it,” said Trump speaking in the third-person.

Trump criticized Colwell on a number of issues as part of his campaign platform, including topics like ringers, referees, and ice times. “It’s ridiculous that the league starts most of its games after 9pm. Not only will I make the average start time 830pm, I’ll make the toe-pick fairies pay for it!” said Trump, referring to the U.S. Junior Women’s Figure Skating Club. 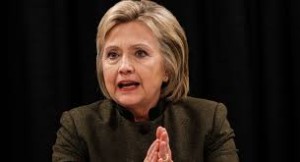 Clinton promises to never use sex appeal as part of her campaign… so far, so good.

Trump made several other promises, each punctuated with a derogatory remark, sparking cheers, shotgun blasts into the air, cracking open of beer can sounds, and the faint hint of venison being slow-smoked.

In desperation, Hillary Clinton also announced plans to enter the race. “I won’t stop until Ann Arbor has seen me in every pant suit I own,” declared Clinton, speaking of her Jos. A Bank Fashions by Chairman Mao Collection of political business wear.

Senator Marco Rubio also noted that he was “very interested” in placing a distant fourth in the running.