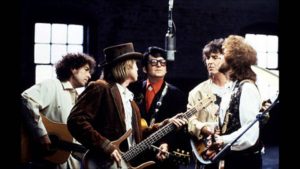 The federal five-judge panel voted down the defensemen travel ban early Wednesday, suggesting that though the ban was lifted, that the matter should be “handled with care.”

ANN ARBOR– Following the five-judge panel decision to lift the travel ban for defenseman in the offensive zone, Aventinus player Al Juback took full advantage Wednesday in the team’s 2-6 loss to Yeti. “He was quite the traveling wilbury,” said GM Conway Kellyanne-Twitty over social media networks. “He just didn’t consider the end of the blue line.”

The comment caused widespread confusion among social media pundits born prior to 1979, and those not privy to U.S. pop music videos from the late 1980s.

Juback, according to sources, claimed that he felt “quite lonely at the top” of the blue line, and felt compelled to keep forward Kenny Schmidt (2 assists) and Tom Colis (goal, assist) company. The recent travel ban issued by newly-elected league director Marquis D. Sade was lifted by a federal panel of judges who deemed it necessary for a “ready defense to take up arms and legs and skate in the zone.”

“It’s all there in the Fourth Amendment, folks,” stated justice Oliver Twisted-Homes.