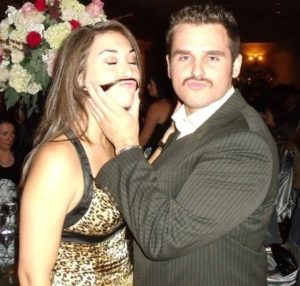 CANCUN– VP of Operations Chris Sutton announced Thursday from his hotel in Cancun that Mexico’s winningest goaltender and national treasure Rico “El Neto” Winowiecko has been signed in time for Hopslam’s championship series opener Saturday night against the Ice Men.

Calling the deal “bueno,” Sutton noted that Winowiecko signed after goaltender Brad Johnson announced a one-game hiatus to reportedly center his chi. “We’re very excited to have Rico in net,” Said Sutton. “He’ll really help to pick up the peso.”

Sutton was sent to Mexico to recruit Winowiecko for the playoffs when GM Mark Woods demanded the greatest goalie in all of hockey. When Sutton noted that Chicago’s Corey Crawford and “in fact, all good NHL goalies” are currently playing and unavailable, and not even the greatest goalie of all time (Richard Winowiecki) was available, Woods was heard angrily shouting, “Then find me (Winowiecki’s) Mexican non-union equivalent!”

Winowiecko and Hopslam will face the Ice Men Saturday, who defeated Sasquatch 2-0. Hopslam moved into the championship round after beating the Ice-o-topes 3-1 Tuesday.