Can events such as Hopslam’s championship have been foretold?

ANN ARBOR– According to the ancient text known in academic circles as the Riley Codex, Hopslam was guaranteed a championship for the Winter 2017 season. In fact, the Ashley’s team defeated the Ice Men 3-2 in Game 2 of the D1 Championship series to win its third championship overall and its first since 2014.

Shamalamadingdong revealed a small, aged “book” containing prophetic claims from the so-called Merritt-Hall Mystic, referred to as the Alex Riley. “The text states rather cryptically, ‘I guarantee a championship for Hopslam this season,'” noted Shamalamadingdong. “Only now that Hopslam has won the championship is this clear.” 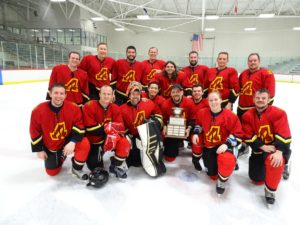 Speculation over dates and times of the Riley Codex have fueled debates. “That prophecy was made like 2 whole months ago,” marveled Shamalamadingdong. “The accuracy and timing are just amazing!”

Other prophecy experts (mistakenly called meteorologists) have noted that codex has other claims that have proven more difficult to verify. “There’s a rather strange passage that says ‘don’t forget to buy milk and dental floss,'” noted Henry Changchang-Changittychangshabop. “Did it come true? Will come true? Who will fulfill it? Only time will tell.”

At last report, Matt Okray (2 goals) was planning to “get some groceries” as part of his week-long celebration before the Spring season begins. Nic Shultz added a goal, whil Chris Sutton, Alex Riley, and Brendan Kennedy each notched an assist.