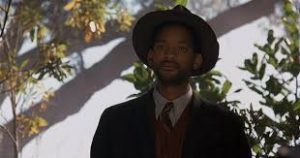 Bernie Vance, mysteriously appearing before the Hopslam team, agreed to play for “jus’ the part-time rate as’ll do.”

ANN ARBOR– Mercurial hockey legend Bernard “Bernie” Vance was said to have appeared in the Winter 2017 playoffs, but was noticeably absent in the championship celebration following Hopslam’s 3-2 victory Monday night. “I didn’t even see him leave,” said defenseman Jim Rooney. “I didn’t even get to say good-bye.”

Bernie Vance was often thought of as a mythical figure, appearing before struggling players or teams in smaller beer leagues throughout the South and Mid-west, helping down-on-their-luck players rekindle their careers. “They say he helps those as need helpin’ and takes leave as soon as they need no longer,” cackled Ol’ Hockey Joe, local townsperson and unofficial Bernie Vance historian.

Vance reportedly skated up to defenseman Mark Woods as he practiced his slapshot late in the night. “With a shot like that, Ah’s figured ah’s safer walking straight down the middle as where the netminder would be,” Vance reportedly joked. “And he’d be safer, too!” 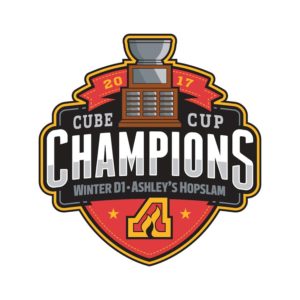 Vance then offered his services as a player-coach for the team, asking only to pay the part-time rate “for the trouble.” The team struggled through the season, finishing 12-11-2, though they began to gel as a team in the second half.

Through pithy comments on skating, shooting, and teamwork, the team made several incredible comebacks, including being two goals down against both the Puckings in the quarterfinals and the Ice Men in Game 1 of the championship series.

“We scored in the first period,” noted Matt Okray. “I think he (Vance) left sometime after that.”

Added Okray: “I didn’t even get a chance to say good-bye.”

“Yep, I reckon it’s time for me to be leavin’,” Vance was heard saying, sources reported. “Don’t worry tho’. I won’t be far,” he added with a wink and a smile to several tear-stained players.

Vance was later found in the Ice Cube workout facility on the treadmill, noting something about “too many bleepin’ skaters.”