PLAYA DEL CARMEN– Success and fame are fickle friends, and no one understands this more than one-time D1 goalie Rico Winowiecko, aka Rico Savo. Following his 5-4 win in Game 1 of the D1 championship series for the Winter 2017 season and the much ballyhooed recruitment of the international superstar, Hopslam GM Mark Woods made the decision to release the netminder, bringing Brad Johnson back for Game 2. 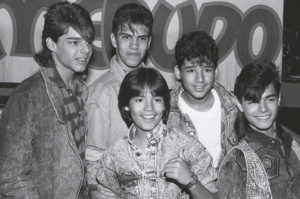 “It was a decision made that was best for the team,” said Woods in an official statement early Wednesday. “Given the outcome, it would seem justified.”

Added Woods: “It was really a dispute over the contract. It’s not my fault he took the hard line of ‘no peso no play-so.'”

Ashley’s News Network (ANN) found Winowiecko in the resort town of Playa Del Carmen, Mexico, painting portraits for tourists walking along the beach. He reportedly lives out of his goalie bag and by his wits, and though many feel sympathy for his situation, he says he has no regrets. “I’ve got muy bueno plans,” he stated. “I am a gonna bring back-ah da band Menudo!”

Winowiecko did not realize (along with all of the readers of this article) that he was inexplicably speaking in a stereotypical Italian accent, or that Menudo was actually a Puerto Rican boy band, where Ricky Martin famously got his start. As of press time, it was not certain if Martin was still living la vida loca, though considering his age (45), it has been speculated that he is more likely living la vida sensata (sensible).