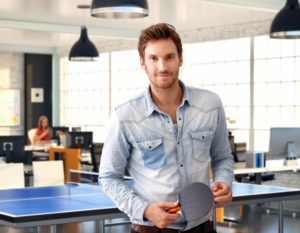 “It’s almost as if he watch parts of the game, and then tried to describe it years later,” said chief editor Ed Chief.

Excerpts from Moore’s unpublished write-up of the game indeed seemed to be a series of reactions to plays rather than descriptions:

The article was also peppered with “emojis,” including several thumbs-up, a heart, a hockey stick, two smiley faces, and inexplicably, a kitten face.

When asked, Moore declined to comment but said that he did not, in fact, know what “exposition even means.”

At last report Moore has been hired as the director of Strategic Learning Initiatives based in Chicago, where he plans to “rock education out.”