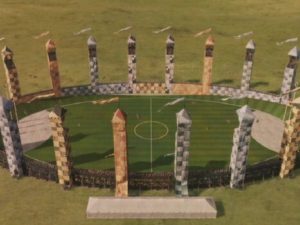 Gryfintinus is currently awaiting a ruling on its forfeiture to Yeticlaw, after winning 6-4 Sunday night

HOGWARTS–Nerds everywhere expressed outrage Monday following the announcement that Gryfintinus House would forfeit their hard earned two points in their 6-4 win over Yeticlaw Sunday night. Professor Snabe, filling in as the interim headmaster of Hogwarts while “stuff gets worked out” according to sources, announced the forfeit late Sunday night.

“It gives me great pleasure to announce that Gryfintinus shall be docked… two whole points,” stated Snabe in an official owl. The announcement came in spite of (or as a result of) the heroics of basher Daryl Coleman, who scored two goals, and Kirt Christie, who added a goal and three assists.

Though millions of pre-teen readers assumed Snabe announced the forfeiture out of pure spite, it was later discovered by several students in Gryfintinus that the real culprit was a clerical error. “I never saw any info on John Getsov which is why it was a forfeit. Did you add him and I just missed it?” asked Snabe as he lay wounded from a poisonous snake bite.

Added Snabe with a tear: “You have your mother’s eyes… Potter.”

Officials at Hogwarts have yet to determine if the forfeiture will hold up, but sources are confident that “McGonagall or that dude with white beard” will announce a reversal, and Gryfintinus will be given the Cup once again to the cheers of everyone except Goon Squitherin.

← Sutton’s Dream Come True: Half as Productive as Lefevre
Better Late Than Ever →