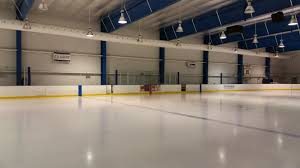 Fans pack into Varsity Arena to watch Ruination wait to see if any other teammates might show up to avoid a forfeit before a capacity crowd of three, maybe four (if you count Phillion) fans Thursday

ANN ARBOR– Despite the 0-0 forfeit Ruination suffered in its opening game Thursday night, there were some notable positives, according to coach Don T. Hasskill. “I think this may have been the first time our fans outnumbered the players,” said Hasskill.

The claim proved to be technically true, as sources discovered that only three Ruination team members were actually in attendance, while the fans included: Connor Vella, John’s girlfriend, John’s girlfriend’s son, and goaltender Jeff Phillion, a healthy scratch due to work schedule, who “stopped in for a few minutes.”

“We haven’t seen this many fans since since that one guy whose college buddies– like twenty of them, all showed up before he moved to Chicago or something,” said GM Mark Woods, speaking of former Ruination forward Ryan Williams.

Woods also stated that he would happily accept the $50 fine from the league for a forfeit because it gives him a great opportunity to guilt team members in to showing up for future games by saying, “who needs an extra $50 accruing interest in my 3 month-old daughter’s college savings account when I can give it to Abe (Colwell, the league director) to fritter away?”

At present, it is not certain if the team feels any sympathy.