ANN ARBOR– Biblical eschatologists concluded that the “fifth and sixth seal” have been opened, inching mankind ever closer to the Apocalypse written in the Book of Revelation, sources reported Thursday following Hopslam’s 7-3 win over Ruination and the recent presidential election results. 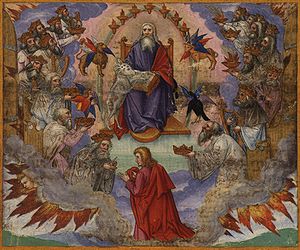 Bible scholars note that Hopslam’s win over Ruination and Trump’s win over Clinton usher the world closer to the end times.

“We were charged to remain vigilant for these signs,” said Biblical scholar I. M. Frumdasouth. “I think it’s pretty clear after Hopslam and Trump won.”

The seals refer to a scroll that John of Patmos spoke of in the Book of Revelation, with each seal bringing about significant events upon the earth. “The fifth seal opened, revealing ‘lost souls’ who cried out, asking God when they would be avenged,” noted Archbishop Theo Logian III. “It was almost a word for word transcript listening in on the Ruination locker room.”

“Not that I was watching the men shower or anything,” added Logian.

Matt Okray, who scored two goals and an assist in the Hopslam win, noted that it could, in fact, be the end of the world as we know it, but optimistically noted that he felt “fine.”

Ruination rebounded Tuesday with a 7-1 win over Mott C Tuesday night as election results came in, while Hopslam fell 2-6 to Gates. Both teams look to win Saturday, and hope the seventh seal isn’t broken for a “while.”